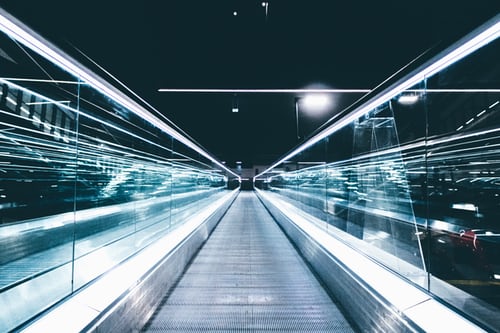 In 1924, a cover for the magazine Radio News depicted the image of a “radio doctor” speaking with a patient not only by sound, but also by live picture. At the time, the first television set hadn’t even been introduced, nor had a successful transmission taken place. The image was simple speculation, but the future of telemedicine was brought into the households of anyone who got their hands on that issue of Radio News.

That same image today, nearly a century later, is still relatively new to those unfamiliar with the industry of medicine. FaceTime, Skype, and other forms of live-video communication are no longer novel, but with the restriction of doctor-patient confidentiality and HIPAA laws, it was believed that an office visit could not likely take place over a phone.

Thanks to the introduction of technology into the field of medicine, this image has now become a reality.

Rite Aid and InTouch Health. Rite Aid is partnering with the telemedicine software company in hopes of placing kiosk systems within their nationwide locations. Kiosk locations are being seen as the equivalent of ATMs with banking and if their plan formulates as desired, they would like to implement a strategy to additionally place these kiosks within Albertson’s grocery store locations.

Walgreen’s and MDLive. Walgreen’s has recently developed an app called “Find Care” which is aimed at connecting patients to healthcare providers. The app will focus on both in-person visits as well as virtual, and the partnership with MDLive sets up a base for their virtual appointments.

CVS and Teladoc. CVS’s Minute Clinics have been helping patients with quick visit procedures such as immunizations for quite some time. Within one week of Rite Aid and Walgreen’s making their announcements, CVS bolstered up their plan to incorporate telehealth into their Minute Clinics by offering video chats with health professionals, available 24/7.

Walmart and DOD (Doctor on Demand). These two industry leaders have joined together to monetize on each other’s abilities. While still in the infancy of their partnership, Walmart has begun a pilot program to open virtual exam rooms in 22 of its stores across the country. The virtual platform, Doctor on Demand, will provide the healthcare professionals for these newly formed rooms within the superstores.

What Are the Benefits?

These partnerships are beneficial to the organizations involved and their current clientele, but they offer a great value to physicians as well. Partnerships open the door for new patients to find their way into our virtual offices, thus generating additional income and growing referral opportunities.

These household pharmacy names partnering with thriving virtual services are driving the future of telemedicine. This news isn’t being overlooked elsewhere, either. Insurance companies, mobile companies, and software developers are looking at how they can capitalize on partnerships.

How Can This Benefit Your Practice?

The future of telemedicine is prosperous. Large corporations are getting themselves involved in an industry they are sure will produce large revenues as the general public becomes more aware of their options.

If you’re wondering how you can involve yourself and your practice in the future of medicine, our retreats offer all the information you need, taught by experienced professionals who were once in your shoes. Enjoy the offerings of an exotic destination while learning how you can generate guaranteed revenue from taking on virtual appointments.